5 things about Jamaica and Jamaicans

1.  Jamaicans are some of the nicest people you’ll ever meet, anywhere in the world.   They are known for their kind hearts and graciousness.   And they don’t just smile at tourists, they smile with everyone!  Jamaicans love to laugh and sometimes seem like they’re always in a good mood.

Jamaicans are very friendly people who like to laugh and smile with everyone! They love God and that’s why they’re such kind, gentle people. If you go to Jamaica, Jamaicans will love you and try new things with you!

You can really feel God in Jamaica!

“We love to dance and we smile at each other when we pass on the street.”

2.  Jammin’   You can’t get more Jamaican than that!  Fire up the reggae dial and you’ll think you’ve landed in Kingston instead of Toronto. And it’s not just the music – the food is spicy and flavourful, and the people are warm and welcoming.

3. The beaches. Jamaican beaches are some of the best in the world.  The sand is white, the water is crystal clear and blue, and the sun always seems to be shining.

The most popular beaches are in the north coast, even though there are almost perfect beaches all along the coastline.

A good place to start would always be Frenchman’s Cove in Portland. It’s one of Jamaica’s oldest beach resorts and it has a beautiful view on an old white sandbank.

A little further down south is an even better place to go. Reach Falls is a nature reserve that contains some of the most beautiful waterfalls on this side of Jamaica. A hiking trail leads up to the top where you have an amazing view over Reach Falls,(which also has its waterfall). You can reach Reach Falls by following the signs after Black River.

4. The culture. Jamaica is like no other place on Earth.  Every Jamaican has a story, and they are all fascinating. The country’s history is colorful and it’s influenced by so many different cultures. From the Rastafari movement to reggae music, Jamaica is known around the world for its unique way of life. beautiful beaches, the serene forests, and the rich culture have made Jamaica a popular tourism spot for years. The people of Jamaica are also what makes it a unique place to visit.

In Jamaica you will find all kinds of religions. They follow everything from Hinduism to Christianity and many more. There are many places of worship in Jamaica. One must never forget to stop by and pay their respects at one of the churches or temples they come across while visiting the country.

5. Rum.  It’s no secret that Jamaicans love their rum. It’s the national drink!

You may be surprised to find out that Jamaican rum is in fact considered one of the finest rums in the world.

Jamaicans have been making sugar from sugar cane since 1655 and by 1703, Jamaica was exporting more sugar than all other nations combined! Sugar cane turned out to be a boon for the island nation and the industry brought a great deal of wealth to it.

In 1834, slavery was abolished on the island and while many sugar plantations were abandoned, many remained in production for their sugar.  One such plantation was Worthy Park in Portland Parish which has been making sugar from cane since 1741. The first ever record of rum production was in 1741, years before any other existing distillery in Jamaica.

Jamaican rums are known to be full bodied and distinctive in flavour, spicy and fruity.  There are a couple of varieties of Jamaican rums:   White or Clear, Golden or Pale, Dark,  Black, Navy, Overproof,  Flavoured and “Premium Aged”.

There are so many things to do in Jamaica that you won’t see on a postcard.

Why not come and experience them for yourself?

We promise, you won’t be disappointed!

Disclosure: Some of the links in this article may be affiliate links, which can provide compensation to me at no cost to you if you decide to purchase a paid plan. These are products I’ve personally used and stand behind. This site is not intended to provide financial advice and is for entertainment only. You can read our affiliate disclosure in our privacy policy.

What To Do In Ocho Rios Jamaica and much more!

What is the difference between a hotel and a hostel? 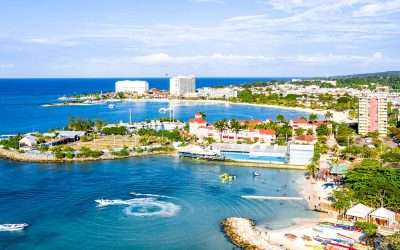 What To Do In Ocho Rios Jamaica and much more! 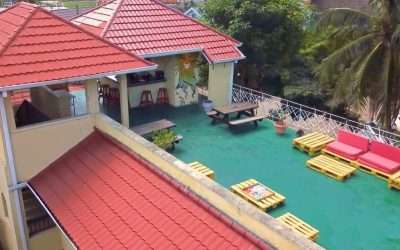 What is the difference between a hotel and a hostel? 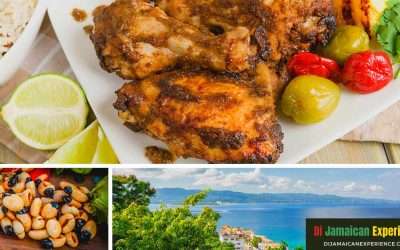